Stay up to date on recent partnerships, product launches, industry reports, and all things Koupon!

Get in Touch
← Back to Blog

And even more so in a fast-paced and highly competitive space like the CPG industry.

Do a great campaign, and consumers will reward you with lots of love, buzz, and whatever they’ve got in their wallets. A terrible campaign will get you quite the opposite.

No wonder 2019 was an interesting year for many CPG companies.

They ran campaigns that swept millions of consumers off their feet.

And we want to highlight a few of them, so you can apply some of their strategies to your upcoming campaigns.

Without further ado, here are six CPG marketing campaigns that rocked the hearts of consumers over the last year:

When Oreo overhauled its marketing strategy in 2013, the 106-year-old brand found a new voice. And since then, they’ve been crushing it.

The Game of Thrones campaign is the latest example of Oreo’s marketing prowess.

In collaboration with HBO in 2019, Oreo created a multi-faceted marketing campaign that “reflected the spirit of both brands.”

Justin Parnell, the senior director of Oreo at Mondelez, revealed early on that the partnership between Oreo and GoT would be “more than a branded cookie and will also help fans pledge their loyalty to the throne.”

In case you missed the ominous black packaging among the familiar blue in the cookie aisle last year, the branded cookies were embossed to represent the remaining players in the GoT final season: The Night King, House Lannister, House Targaryen, and House Stark.

True to Parnell’s word, fans could pledge their loyalty by using the hashtag #GameofCookies or #ForTheThrone, capturing the essence of the show and thrusting Oreo into the cultural conversation. 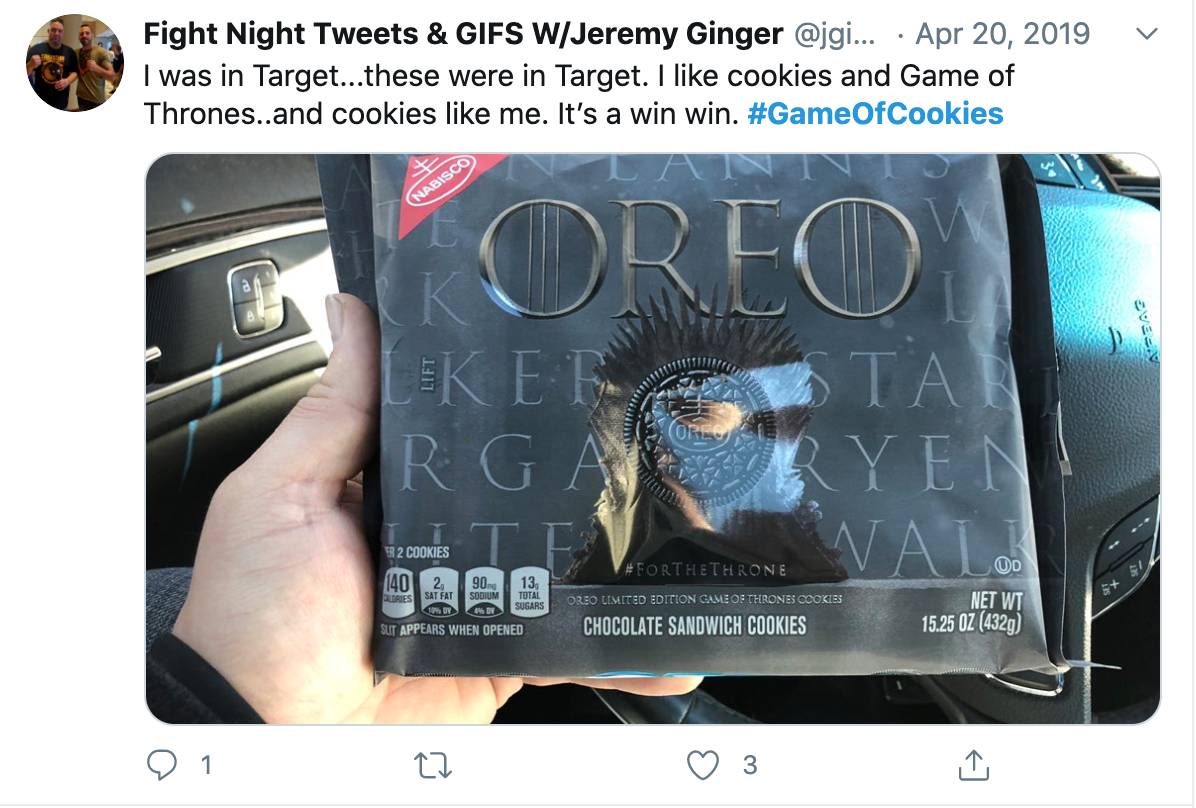 The final piece of the puzzle was a spectacular 50-second ad that used 2,750 Oreo cookies to replicate the actual GoT title sequence.

To pull this off, Oreo’s marketing agency used the same production company that created the original GoT title sequence.

And to date, this share-worthy video has over 500,000 views on Instagram and 1 million views on YouTube. Not surprisingly, Kamila De Maria, brand manager at Oreo, said that the GoT cookies were one of their fastest-selling products. 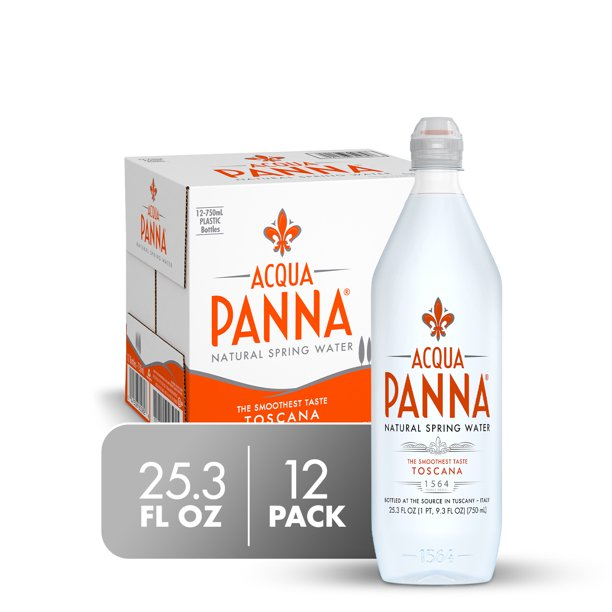 The still-water market is booming and is expected to grow by $1 billion in the next three years.

And to take advantage of this, Nestle decided to move its product, Acqua Panna, beyond the restaurant scene and directly into the hands of consumers.

Even though the Tuscan spring water had dominated the restaurant industry for decades, Acqua Panna was a new product in the consumer packaged goods industry. So Nestle needed to build brand awareness while also establishing new distribution channels and retail partners.

To accomplish these marketing strategies simultaneously, Nestle partnered with Koupon (yep, that’s us) to launch a targeted convenience store campaign. 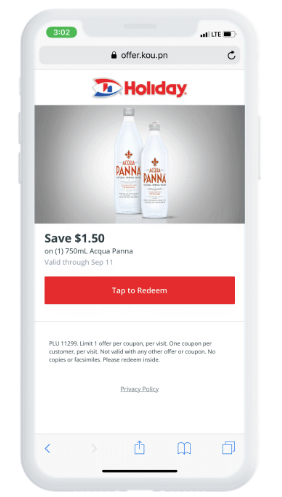 We also ran a robust digital marketing campaign with targeted ads on Facebook and other sites. These strategies combined to reach over 1 million impressions, plus those from in-app and in-store signage.

As for the second task, we secured national distribution for the promotion across 16 different retailer accounts that totaled over 10,000 convenience store locations. At the end of the campaign, Acqua Panna sales increased by 7.3%.

But still, Red Bull is not the type to rest on its laurels. 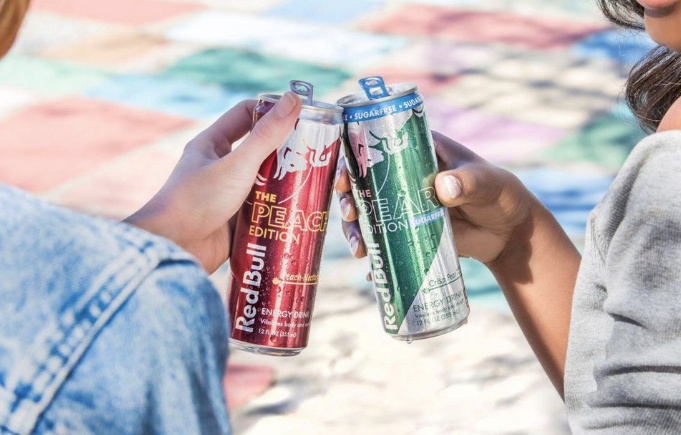 And in 2019, they added two new flavors to the Editions line, Peach and Pear. They introduced them just before Valentine’s Day (or Galentine’s Day, as they were sure to mention to their new market.)

They even floated the playful Valentine-card inspired slogan, “You’re a peach, who’s your pear?” and created Instagram-worthy mocktail recipes for each flavor. 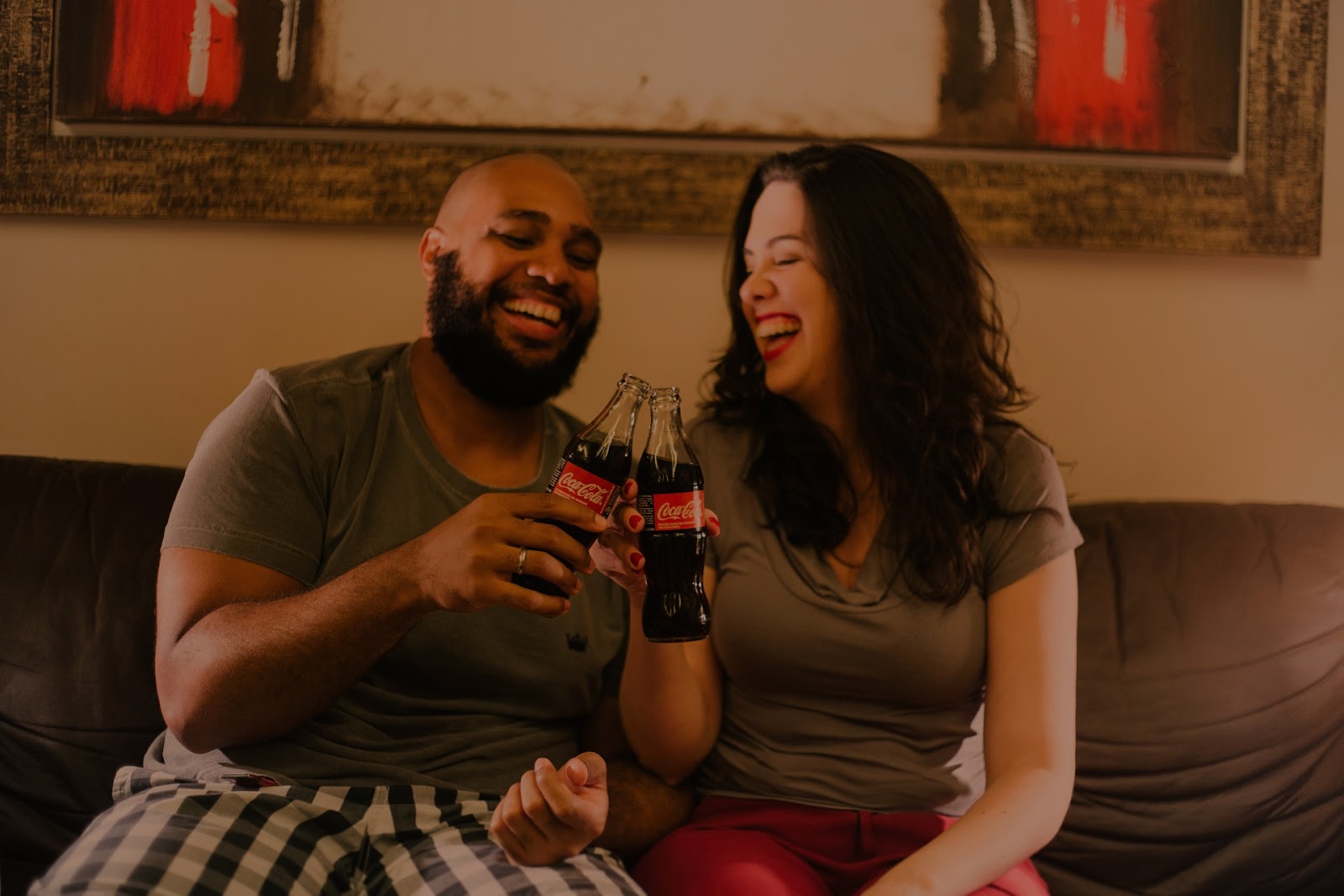 Coca Cola struck an emotional chord with its “Holidays Are Coming” campaign in the 1990s. The ads featured classic Christmas imagery and festive holiday music. 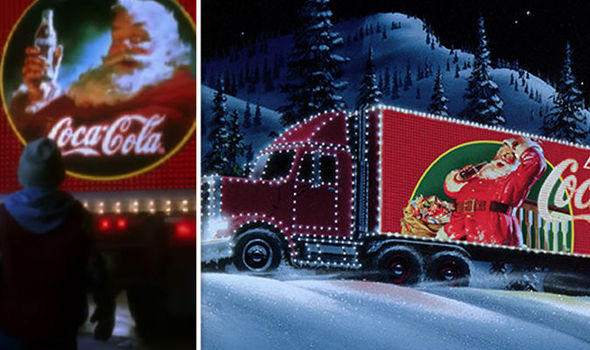 After cruising on autopilot for a while, Coca Cola revitalized the campaign in 2019.

As marketing director Kris Robbens said: “We’ve taken the iconic and much-loved campaign and made it the biggest yet by bringing back the elements people love and adding new partnerships, activity and special moments to bring it to life in even more ways that we hope our existing fans and new ones will love.”

New elements of the campaign included: 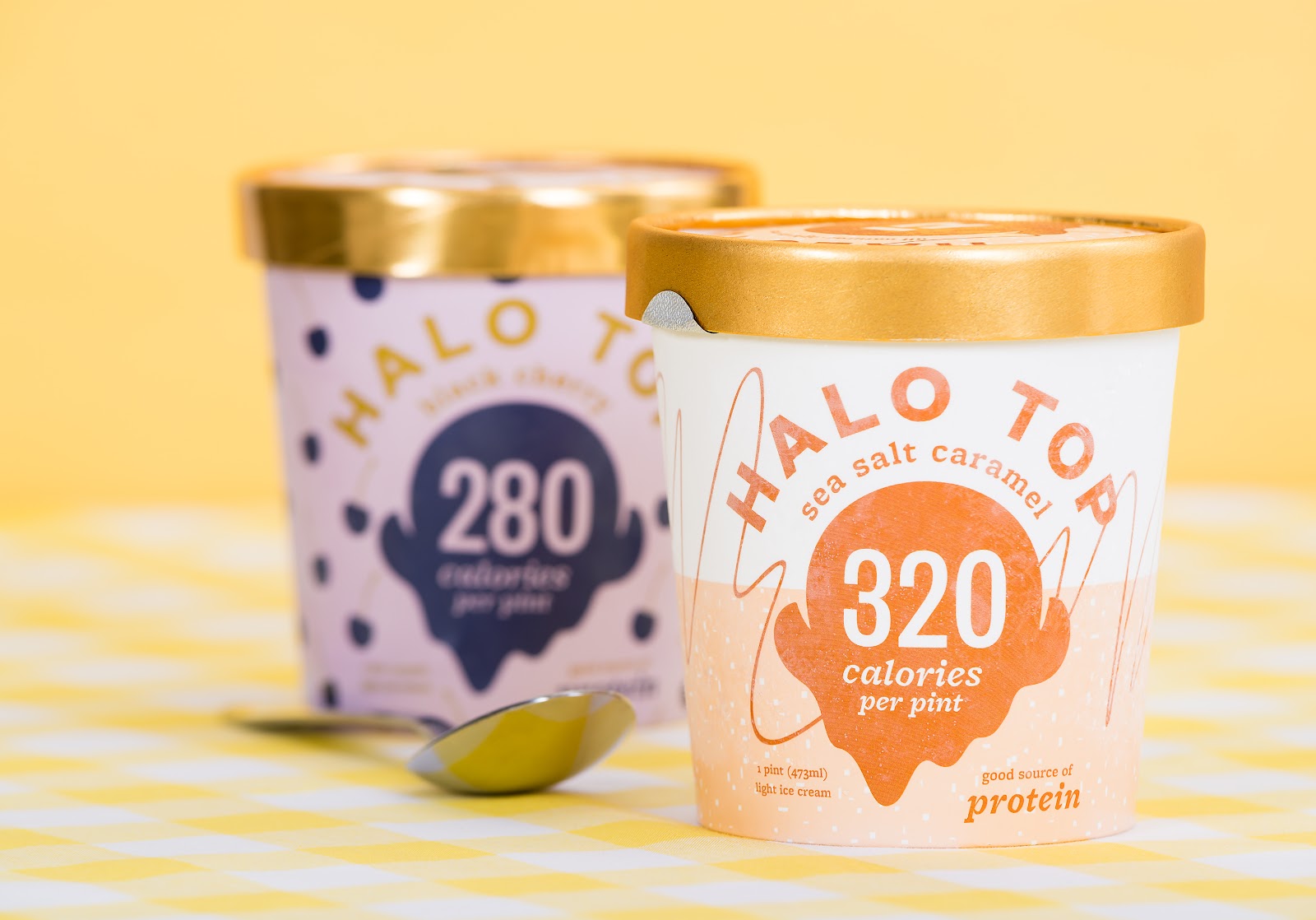 You know the old saying about it being harder to stay on top than it is to get there?

In the beginning, Halo Top avoided traditional advertising, opting instead for a grassroots digital strategy. They ran highly targeted Facebook ads and enlisted droves of small influencers on Instagram.

Word of mouth spread like wildfire about this new “healthy ice cream.” Shoppers were buying a pint for every night of the week instead of every once in a while.

But after becoming #1 in 2017, their competition started coming out of the woodwork. Big names like Ben & Jerry’s and Haagen Daz launched similar products to compete directly with Halo Top for shelf space in grocery stores.

In response, Halo began using traditional advertising to reach a larger audience. One such example is their ‘Ice Cream for Adults’ television campaign, featuring a deadpan ice cream truck driver who won’t give kids any ice cream because the adults need it more. 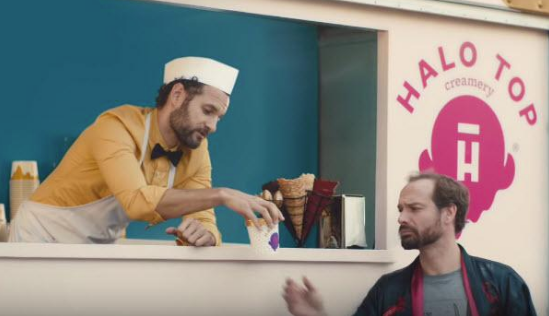 6. Gillette “We Believe: The Best Men Can Be” Campaign

In today’s polarizing times, this question looms large in the minds of marketing execs at companies big and small.

“How will standing with or going against this current event affect our bottom line?”

“Would we alienate customers if we do? Would we lose a competitive advantage if we don’t?”

These are big questions, and the answers are changing rapidly with the times. New evidence suggests that the majority of people, from Gen Z to Boomers, now expect brands to take a stand on important societal issues.

In this interview with Business Insider, Marc Pritchard of Proctor and Gamble reiterates this evidence, saying that “9 out of 10 people feel better about a brand when it takes a social or environmental stand.”

Proctor and Gamble’s Gillette took the social plunge in 2019, confronting toxic masculinity and its own “The Best a Man Can Get” slogan with its “We Believe” campaign. 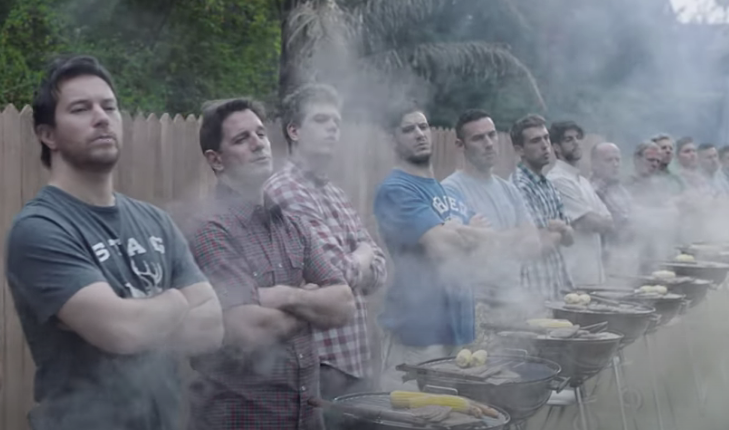 The two-minute film features kids being bullied, men cat-calling and harassing women, and suburban dads brushing off fighting as “boys will be boys.”

Then the film pivots, showing men stepping up in toxic situations, setting the example for the “boys watching today who will become the men of tomorrow.”

The film went viral immediately, amassing 4 million views within 48 hours and over 12 million within 3 days (today it stands at 35 million). And with our society at large, the response was extremely polarized.

As CMO.com reported, “everyone and their horse has had something to say about the ad, whether its women’s rights activist, Clementine Ford (for), media commentator, Miranda Devine (against), TV presenter, Piers Morgan (against), Mark Ritson (for the strategy but against the execution), and even Amnesty International (for).”

Those against it claimed it was anti-male because it lumped all men into the same category. People posted videos of themselves flushing razors down the toilet.

At the same time, parents were sharing the video en masse on social media, many saying the ad brought them to tears, in a good way.

Well, there you go. Six CPG brand campaigns that crushed it last year.

In case you didn’t notice, the common thread among all of them was trends. Trends in consumer behavior, trends in marketing tools, and trends in product demand.

So keep your ear to the ground.

Which trends will you take advantage of this year?